Questions or problems with admissions applications? 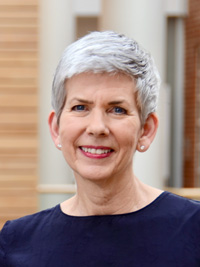 Dean of The Graduate School 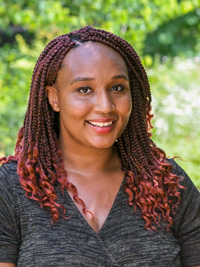 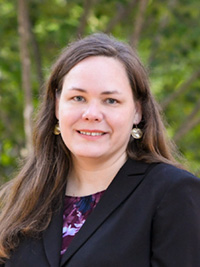 Doriott Anderson has previously worked with graduate students at NC State and Duke Universities and was a faculty member in French. She received her B.A. from Macalester College, her M.A. from the University of Minnesota—Twin Cities, and her Ph.D. from Duke University. She is a member of the Graduate Career Consortium (GCC). Her academic specialization in twentieth-century autobiography informs her work with graduate students who seek to shape their many varied skills and experiences into a coherent professional narrative. 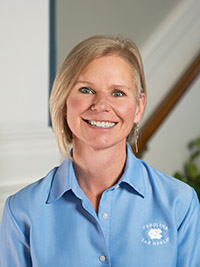 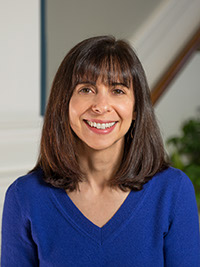 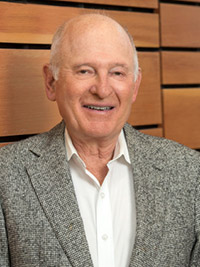 In his role as executive in residence, Goldstein works with the CareerWell program to develop partnerships with employers, to provide UNC-Chapel Hill graduate students with the opportunity to develop the skills and professional networks needed for careers outside of academia. He also explores strategies to quantify the impact of CareerWell on graduate students and impact of CareerWell-trained students on UNC-Chapel Hill and the state of North Carolina. 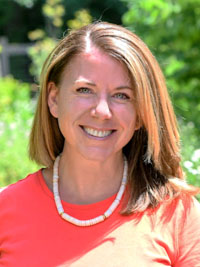 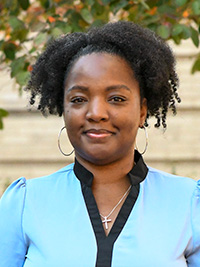 Ronice Johnson-Guy serves as the Assistant Director of Diversity and Student Success. She has 20 years of higher education success in admissions, advising, study abroad, and international student and scholar services. She is passionate about Diversity, Equity, Inclusion, and Belonging initiatives and partnerships related to enrollment efforts to attract, retain and support underrepresented graduate scholars. 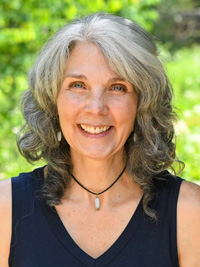 In her role as functional data analyst, Stephanie Johnston is responsible for the collection, analysis, and reporting of academic data of graduate education at UNC-Chapel Hill. The focus of her work is to quantitatively identify and reveal trends, strengths, and weaknesses in the practice of graduate education in support of data-driven decision making. 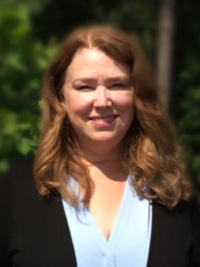 In her role as director of the Master of Applied Professional Studies program, Laura Kuizin develops, directs, and manages all programmatic functions of the interdisciplinary studies degree program including admissions, registration, and advisement of students as well as oversight for a core curriculum. Kuizin is also responsible for monitoring academic degree milestones, budgeting and fiscal management, as well as program assessment and marketing. 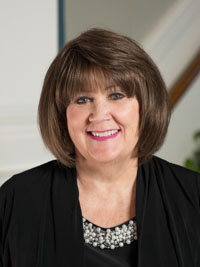 Executive Assistant to the Dean and Alumni and Donor Relations Coordinator

Faye Lewis is the primary administrative support for the dean of The Graduate School. This position oversees the dean's calendar as well as creates correspondence on the dean's behalf as needed. She is the prime contact for questions related to the dean's participation in numerous internal and external activities.

As the alumni and donor relations coordinator, she works with the assistant dean for development and alumni relations, the office of University Development as well as other staff members as part of a development team that oversees and manages events, communications, solicitations, acknowledgments, stewardship, and other activities. 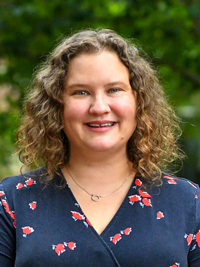 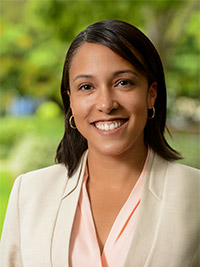 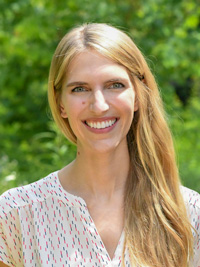 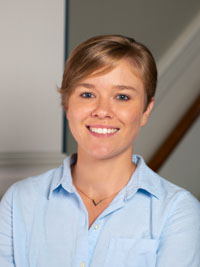 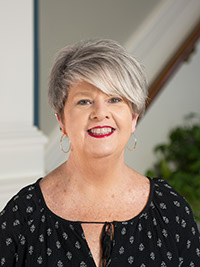 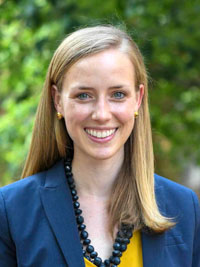 Elizabeth Poindexter is a strategic communicator who has more than 10 years of experience in creating and managing content across digital, social, and print media. Working with colleagues within The Graduate School and with communications colleagues across campus, her work includes strategic planning, storytelling, and issue management. 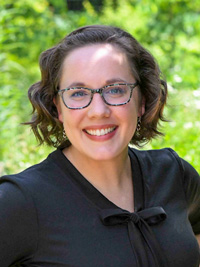 Laura Pratt is responsible for planning and implementing various activities and events, managing student services and information, and communicating with programs, students and alumni as relates to The Graduate School’s interdisciplinary fellowship programs. These fellowship programs include the Royster Society of Fellows, the Weiss Urban Livability Program, and the National Science Foundation grant recipients. She manages annual student assessments as well as student and program data. She earned a B.A. from UNC Charlotte and an M.A. in Higher Education Administration from Georgia Southern University. 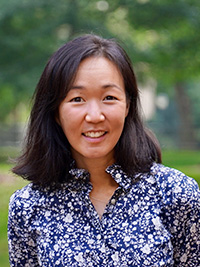 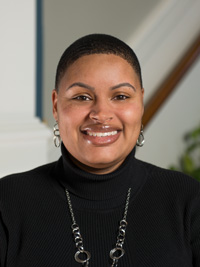 Alicia Rogers directs the overall provision of human resources services and policies for The Graduate School. 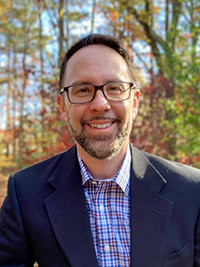 Brian Rybarczyk, Ph.D. is the Associate Dean for Professional Development and Funding. He oversees implementation of professional, career development, and fellowship programs administered by The Graduate School. He develops and implements graduate funding policies and oversees the review processes for a dozen fellowships, awards, plus several grants, scholarships and assistantships annually administered by The Graduate School, including the Royster Society of Fellows and Weiss Urban Livability Fellowship. He also oversees initiatives supporting graduate students receiving external fellowships and grants from private foundations and federal agencies, including the National Science Foundation. Rybarczyk serves as Chair of the Fellowship Committee of The Graduate School Administrative Board. In collaboration with the director of fellowships, he manages the Graduate Funding Information Center and initiates innovative programs to meet the changing needs of graduate students.

Additionally, Rybarczyk directs the Preparing International Teaching Assistants Program (PITAP) which provides training for graduate student instructors new to the U.S. classroom and serves as co-administrative lead and a member of the leadership team for the international network Center for the Integration of Research, Teaching, and Learning (CIRTL). He is an active member of the Graduate Career Consortium, a professional organization that advances graduate and postdoctoral career and professional development. His campus-wide service includes the Leadership Educators Group, the Carolina Career Community and serving as the program coordinator for the SPIRE Postdoctoral Fellowship program. 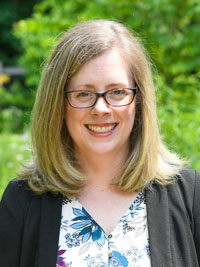 Stephanie Schmitt is the associate dean for academics in The Graduate School. In this position, she is responsible for administrative oversight for graduate education assessment efforts such as the campus-wide Program Review Process. This includes approximately eight external reviews each year and an equal number of closure meetings and midpoint evaluations for prior reviews. The review process is conducted for all undergraduate and graduate programs at the university in concert with the Provost's Office and includes the preparation of a self-study, a site visit by external reviewers from peer institutions, and extensive follow-up from the recommendations such as program responses and midpoint progress evaluations.

Schmitt also has collaborative oversight for several academic initiatives, including The Graduate School's academic policy interpretation, admissions and enrolled student services for graduate programs, academic and professional development for graduate students, international collaborations and initiatives, and major data collection and reporting initiatives within The Graduate School. Other academic initiatives falling within the scope of Schmitt's responsibilities include facilitating new and revised degree/program requests for graduate studies at Carolina, overseeing the graduate certificate policies process, chairing the Academic Policy Committee of The Graduate School's Administrative Board, maintaining the university's polices on graduate faculty designation, and updating academic policies like the Graduate Handbook relevant to graduate education.

Prior to coming to The Graduate School Schmitt was an executive with a management consulting firm and served as a nonpartisan policy analyst with the North Carolina General Assembly. An alumna of the University of North Carolina at Chapel Hill, Schmitt earned her BA in International Studies and Political Science, her MPA from the School of Government, and her PhD in Public Policy. She has participated in and worked closely with programs at Carolina Leadership Development, Carolina Women's Center, and the Graduate and Professional Student Federation, for which she was inducted into the Order of the Golden Fleece honor society and the Frank Porter Graham Graduate & Professional Student Honor Society. 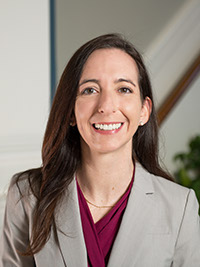 Underhill is on the board of directors of the UNC Web Professionals organization and is a charter member of the national HighEdWeb Association where she is conference technical lead and is appointed to the Safety, Diversity, Equity, and Inclusion Committee. 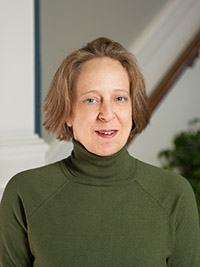 Kathy Wood is the director of Diversity and Student Success where she has built an award-winning program for diverse graduate scholars. She has created a recruitment and retention program for graduate students with varying identities: first-generation in a graduate program, Black/Indigenous/People of Color (BIPOC), international, LGBTQIA+, and military-affiliated.

Wood has 18 years of Diversity Equity, & Inclusion (DEI) experience in higher education and is passionate about building sustainable communities of belonging that ultimately produce student success. 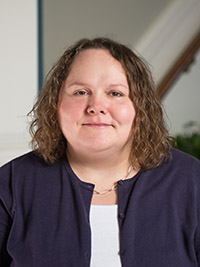 Beverly Wyrick directs and oversees personnel, budgets, and the office of The Graduate School, and manages financial accounting for all Graduate School awards to graduate students including fellowships, grants, and tuition support.